God & Science: Divine Causation and the Laws of Nature 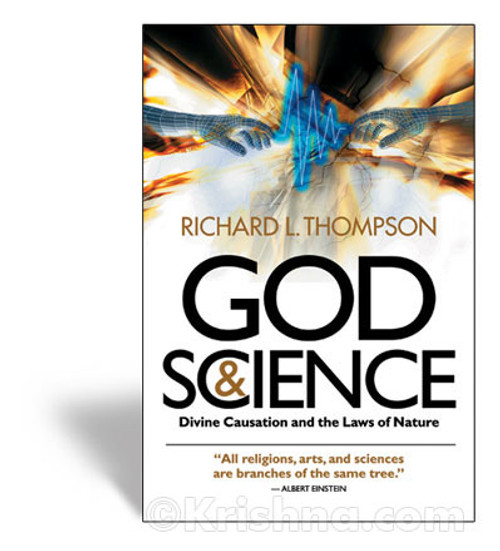 God & Science: Divine Causation and the Laws of Nature

God and Science: Divine Causation and the Laws of Nature is a collection of essays from Back To Godhead magazine that examine the relationship between modern science and the Vaishnava tradition of India. Although little known in the West, the Vaishnava tradition is based on a monotheistic philosophy having much in common with Judeo-Christian thought. When brought into contact with modern science, Vaishnavism generates some of the same questions that arise from the confrontation of science and Christianity. At the same time, there are significant differences. These essays contain a smorgasbord of novel insights that provide new perspectives on the relation between science and religion.

A Perfect Balance: In the world of modern science, traditional religion is often seen as a force of ignorance which attempts to impose outdated ideas on scientific truth. At the same time, many scientists see science giving rise to a materialistic doctrine of scientism that aims to eradicate the spiritual worldview of religion. This may seem to be an irreconcilable conflict. But there is another way to look at it. Science and religion can interact synergistically to generate new and interesting ideas.

RICHARD L. THOMPSON (Sadaputa Dasa) was born in Binghamton, New York, in 1947. In 1974, he received his Ph.D. in mathematics from Cornell University, where he specialized in probability theory and statistical mechanics. Dr. Thompson has done scientific research in quantum physics, mathematical biology, and remote sensing. He has extensively investigated ancient Indian astronomy, cosmology, and spirituality, and has developed multimedia expositions on these topics. He is the author of eight books on subjects ranging from conciousness to archeology and ancient astronomy.

The Laws of Nature: An Infallible Justice

The Science of Self Realization, Spanish