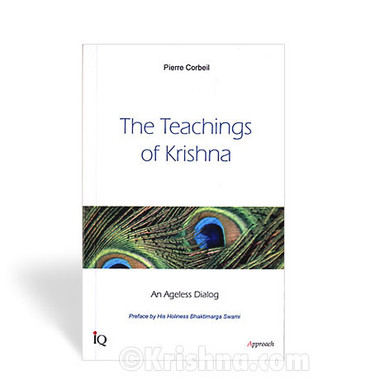 The Teachings of Krishna: An Ageless Dialog

Who would have thought that the most sublime of teachings could ever be delivered on a battlefield? It is nonetheless the case. Krishna descended to earth some 5,000 years ago to instruct His friend and disciple Arjuna in the highest form of knowledge just as a historical and unprecedented war was about to break out.

As a matter of fact, life itself is an endless battle, and Krishnas answers to Arjunas questions are no doubt as relevant to us as they were to the young prince.

The laws of nature, workings of karma, action and renunciation, the transmigration of the soul, the various forms of yoga, life after death, the spiritual world So many secrets to learn of, and from the very mouth of the supreme master.