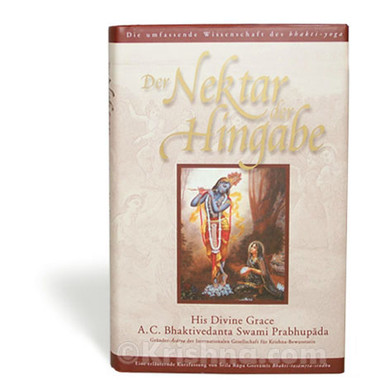 The Nectar of Devotion, German

This is the German translation of The Nectar of Devotion.

Readers will find in The Nectar of Devotion many interesting and instructive pastimes of Krishna and His devotees, from a variety of Vedic scriptural sources, each meant to illustrate a particular aspect of rasa—relationship with Krishna—and to show how each manifests practically in one's life.