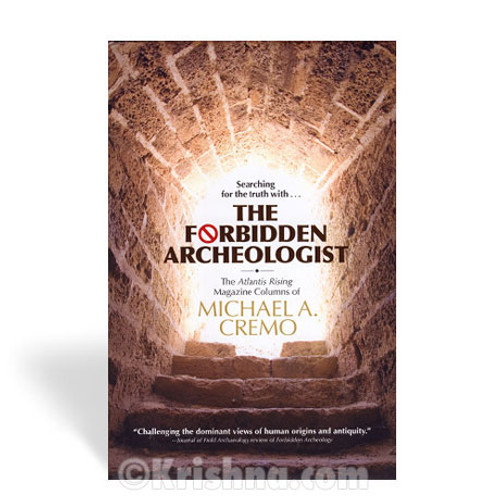 The main topic of "The Forbidden Archeologist" column is archeological evidence for extreme human antiquity. Today, most scientists believe that human beings like us first appeared on earth between 100,000 and 200,000 years ago. But the ancient Sanskrit writings of India, and the writings of other ancient wisdom traditions, tell us that humans like us have existed for many millions of years, going back to the very beginnings of life on earth. Therefore, many of Michael A. Cremo's columns are about this evidence. They also record his experiences in presenting this evidence at major international scientific conferences, such as the meetings of the World Archeological Congress, the European Association of Archeologists, the European Association of Archeologists, and the International Congress for History of Science.

The evidence that he writes about, especially the archeological evidence for extreme human antiquity, is not very well known in mainstream scientific circles or among the general public, because of a process of knowledge filtration. Evidence that supports the mainstream theories of human origin and antiquity passes through this filter very easily. Therefore students will read about it in their text books, people will hear scientists talking about it on television, and if they go to the local museum they will see it on display. But evidence that radically contradicts the mainstream theories is filtered out, so we do not hear very much about it. In this book, Michael A. Cremo explores this knowledge filtration process.

The Four Principles of Freedom