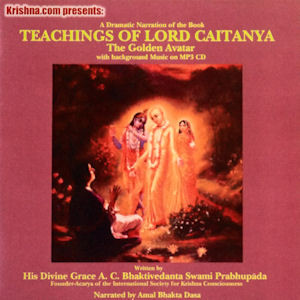 Throughout the ages many avatars, divinely inspired teachers and incarnations of God have appeared in the world, but none has ever distributed love as freely as the Golden Avatar, Lord Caitanya Mahaprabhu.  This great master appeared in Bengal, India in 1486 and He lived for only 48 years.  Yet He began a revolution in spiritual consciousness that has profoundly affected the lives of millions of people.

Renowned as a great saint even in His youth, Lord Caitanya left His family and friends at the age of 24 to teach throughout India the forgotten essence of the ancient Vedic wisdom.  Although He Himself was a fully renounced mystic, He taught how one can act in spiritual consciousness even within one's home, occupation, and social affairs.  Thus Lord Caitanya's teachings, although timeless, bear special relevance for today's world.