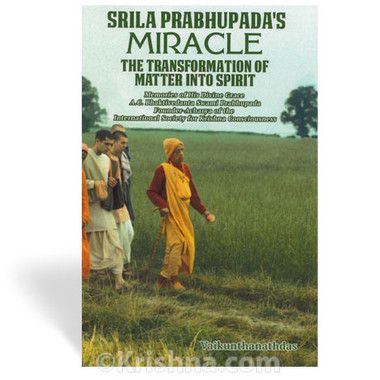 Srila Prabhupada's Miracle: The Transformation of Matter Into Spirit

Like other biographies of Srila Prabhupada, Srila Prabhupada's Miracle highlights specific examples of his caring, thoughtful, and often humorous dealings with his disciples. The author, Vaikunthanath das, tells us about his own spiritual path, beginning in 1966, when he first saw Krishna devotees in New York City. His memoir takes us with him to Montreal, India, Boston, England, and elsewhere during the adventurous beginnings of the International Society for Krishna Consciousness.