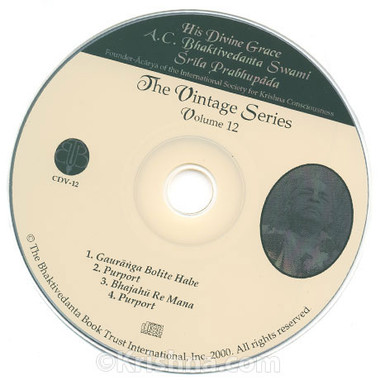 This collection of traditional devotional music sung by Srila Prabhupada has been optimized for the highest sound quality possible. This audio CD contains two bhajans and two purports in high, archive-quality audio.