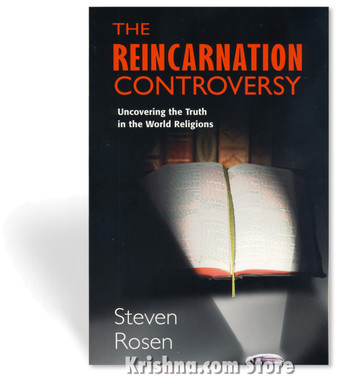 Reincarnation Controversy: Uncovering the Truth in the World Religions

'Uncovering the Truth in the World Religions'

Reincarnation -- according to a Gallup Poll, 72% of the American population believe in it. What do the world religions tell us about our popular belief?

The Reincarnation Controversy uncovers the mystery of rebirth in the world's major religious traditions. Steven Rosen begins by explaining the background for the belief in reincarnation, exploring its scientific methodology and logic, especially in relation to common sense and everyday experience.

After examining the topic of reincarnation in the major religions, he explains past life regression, near death experience and rebirth in light of modern scientific research conducted in the last century.