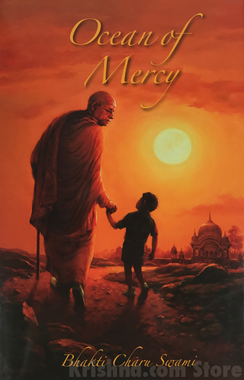 One of the leaders of the Krishna consciousness movement shares this long-awaited memoir of childhood, spiritual quest, and how he finally met his own guru, Srila Prabhupada.

A Calcutta boy's world turns upside down when his mother dies and his family falls into poverty. Seeking adventure, friendship, education, and a better life, he manages to travel by land and sea to Europe, only to experience an unexpected homesickness, which beckons him back to India on a quest for self-realization.

After an arduous search for a spiritual teacher, he happens upon a copy of Nectar of Devotion. He is so struck by the clarity, conviction and erudition with which the book presents the personality of the supreme that he's convinced beyond doubt that the author—Srila Prabhupada—is the teacher he's been looking for.

Soon afterwards, he finds himself part of Srila Prabhupada's traveling retinue, serving as his cook, his secretary for India, and responsible for translating his books into Bengali; he also is among the fortunate few who were with Srila Prabhupada to hear his final instructions before his passing from this world.

Ocean of Mercy is for anyone dissatisfied with "life as usual," curious about life's higher possibilities, and/or hungry for genuine self-knowledge. To those already on the spiritual path, it is extremely valuable and historically significant, as it documents the last days on earth of one of the world's greatest teachers. Ocean of Mercy is Bhakti Charu Swami's first book.