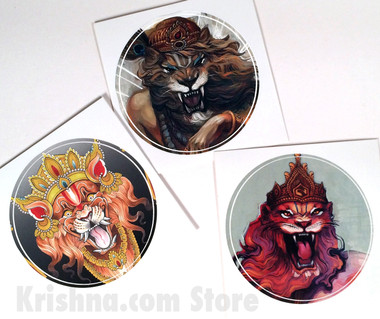 "Sometimes in this world, powerful demoniac personalities exploit the innocent and impose their supremacy over all. Thus in the constant struggle between good and evil, sometimes evil may seem to be victorious. At such a time when the innocent are suffering the tyranny of corrupt leaders, a hero rises up to protect those who are kind at heart. No matter how powerful the forces of darkness may become, they can never snuff out the force of light that exists in us all. Light up the darkness."