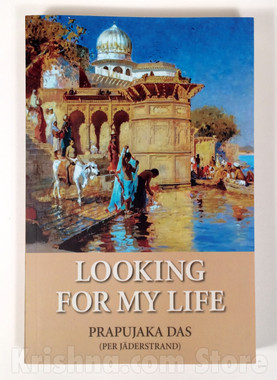 Looking for My Life

Looking For My Life is a self-experienced openhearted story of a man's intensive search for his true identity and place in life.

The writer portrays with moving lucidity his tough upbringing in the 1950s and 60s, under a violent and abusive father, which left him with deep wounds and made him into a rebellious, yet fragile boy. During high school Per gets interested in social issues and he passionately engages himself in politics related to the extreme left wing.

After a few years studying at university and some art schools, he starts to question the "conventional" traditional way of life and turns to existential literature for answers. Unhappy and disappointed with life he also experiments with various drugs for a period of time. In the early 1970s, he comes across the Hippie Counter Culture movement and is profoundly affected by its ideas. He becomes a vegetarian and absorbs himself fully in the study of Indian philosophy and religion.

Per's strong fascination with Indian culture finally makes him embark on a journey alone to India in the summer of 1973, traveling overland along the "Hippie Trail", in order to, as he writes in a farewell letter to his art teacher, "find a guru who can give me knowledge of God and the soul."

The book is a fascinating piece of history that gives us an insight into what it was like to grow up as a young boy in a tumultous political time where radical leftist ideas were mixed with influences of the hippie culture.

At the beginning of October 2012 I once again set out on a journey to the holy city of Vrindavan in India. Since I first visited the site in spring of 1974, I have returned there on nearly twenty occasions. This time I stayed alone in a small apartment, where I had a lot of time to think. I reflected upon my life and my many years of searching for a deeper understanding of reality. It had been a long journey. What was it that made me start contemplating about the meaning and purpose of life? How did everything really happen?

After a few days, I simply decided to make an effort to pen down the story of my life and I began recording my memories on a small voice recorder. The number of tapes grew rapidly. After my return to Sweden, the idea grew in my mind to publish a book. I then started the very arduous work to compile and edit all my tapes. While working, I was also inspired to make a dozen drawings to illustrate and emotionally strenghten certain thoughts and events. The result in the end was a manuscript now published in the form of this book.

The book is divided into five chapters: Searching for Answers, Along the Hippie Trail, The sun rises in the East, The reservoir of pleasure, and Vrindavan Diary. It also includes poems and drawings by the author.

Prapujaka Das (Per Jäderstrand) is a disciple of His Divine Grace A.C. Bhaktivedanta Swami Prabhupada. He describes himself as "just an ordinary guy" who joined the Hare Krishna movement in the winter of 1973 in Sweden. He has also written A Spiritual Journey, a book about his experiences on the Radha Damodara Traveling Sankirtana Party from 1974-77. He hopes that his story will inspire other ordinary people to set their goals on achieving the extraordinary.