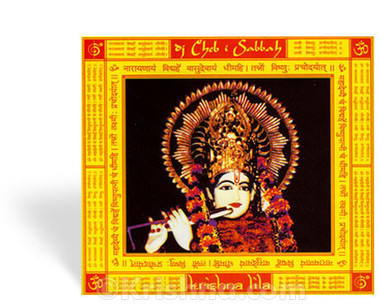 A delightful exploration of Indian's music. This album combines the traditional vocals, beats, and instruments of Indian music in repetitive, entrancing bhajans and instrumental ragas.

This innovated album, released in 2002, combines sound, mood, and rhythm from both North and South Indian Hindustani and Karnatic styles of music. DJ Cheb i Sabbah creates an enchanting exploration of Vaishnava bhajans glorifying Lord Krishna.

Using traditional beats, haunting voices, and enchanting songs, Cheb i Sabbah has created an album that will capture your heart and make this album a favorite for years to come.

DJ Cheb i Sabbah is a talented musical innovator whose work has explored world music in Africa, Asia, and India and many other exotic locations. He has again been nominated for the BBC Radio Awards for World Music for 2007.