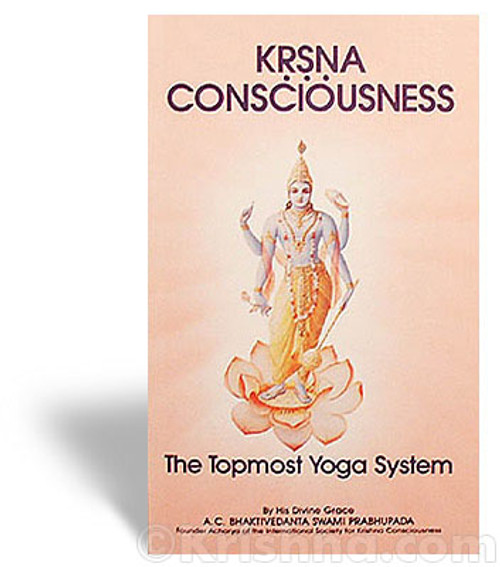 On July 29, 1971, His Divine Grace A.C. Bhaktivedanta Swami Prabhupada delivered a lecture at the University of Florida in Gainesville. Speaking mostly to an audience of young college students, he addressed many popular misconceptions about the meaning and goal of yoga.

Yoga, he said, was once understood as a complete, focused lifestyle meant to bring one to godly consciousness. In the ancient world, this meant a life of seclusion and severe austerities.

Such yoga can't be practiced the same way in the modern world, yet the goal of yoga—union with the supreme—can be easily achieved by anyone, anywhere by the direct method of bhakti, devotional service; no sweat, Spandex, subscriptions, or expensive yoga mats required.

For anyone interested in yoga—academically, practically, spiritually, or otherwise—Krishna consciousness, the Topmost Yoga System is a concise and invigorating look at the history and purpose of genuine yoga, and the necessity for bhakti for success in any kind of yoga practice.

How to Practice Krishna Consciousness at Home, Audiobook Download

Easy Journey to Other Planets

Raja Vidya, The King of Knowledge

Beyond Birth and Death

Bhakti-Yoga, The Art of Eternal Love

Chant And Be Happy