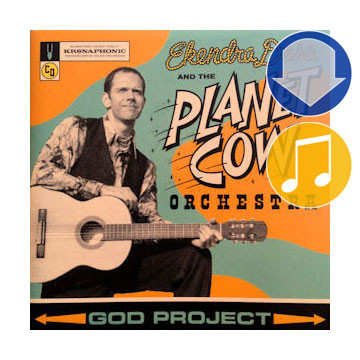 Ekendra Dasa and the Planet Cow Orchestra has become one of America's favorite Country Western and Honky Tonk musical sensations.

At an early age, Ekendra became interested in performing music and began playing the piano. It seemed natural that Ekendra and Country Music absorbed one another. Much of his later childhood was spent developing his style. He worked on local radio and television broadcasts and still continues to entertain in venues nationwide.

His performance on this album, singing selections such as "Dogmind," and "Maggot Poo Poo," proves that Ekendra is a top performer of Country Music.