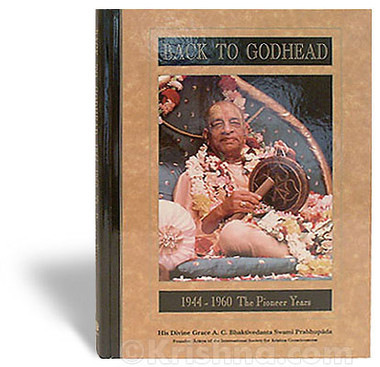 In 1944 Srila Prabhupada began publication of Back to Godhead magazine from his home in Calcutta.

At that time the Second World War was in progress, and the Japanese were bombing Calcutta. There was rationing of essential war supplies, and the government at first refused his request for paper for printing. But he was persistent, his request was finally granted, and the second issue of the magazine was printed.

Publishing was erratic and difficult, but he struggled on. This compilation contains archived magazines from the start in 1944 until 1960, some with handwritten notes. In these early magazines you can see how Prabhupada developed an interest in publishing books, which later became a driving goal.

Not all magazines are accounted for because of time and distance involved.